Protestors from the pro-death movement held a violent protest outside the Victorian offices of the CFMMEU’s construction division today, violently bashing in the John Cummins Building’s front door and assaulting much of the union’s leadership who were trying to calm protesters. This protest is the latest in a number of unsanctioned “unionist” protests by the (largely overlapping) anti-vax and anti-mandate movements.

The rally was advertised with a flyer on Telegram at the end of last month, but was apparently delayed, and was immediately denounced by Trades Hall Secretary Luke Hilakari as a “forgery” who urged that unionists stay home. The flyer instructed those attending to “blend in” with actual unionists.

Last month, a bona fide TWU enterprise bargaining strike at Toll was unfortunately conflated with a supposed “truckies strike”, coincidentally held within days of each other, led by the pro-death movement in opposition to interstate border closures.

After several officials attempted (in vain) to calm the crowd down, including embattled state secretary John Setka attempting to assure the crowd that the union does not support a vaccine mandate, the scabs started attacking the officials before laying waste to the front doors and windows.

Though there were no doubt at least a few members of the union in the crowd (unions are not a hive mind, after all), many in the know observed that many of those present are not actual unionists and, in many cases, were fascists. As mentioned above, the original flyer told those to “blend in” as unionists. Many of those in the crowd denounced “communism”, which many people – unionists and cops alike – pointed out as (at the very least) strange.[1]

These attendees included ex-UPF neo-Nazi Linden Watson and “Bunnings Karen” Lizzy Rose, with fascist mouthpiece and chopping board enthusiast Avi Yemini rounding out the line-up. None of these clowns are particularly well known to the union movement as advocates for workers’ rights.

As I write, the CFMEU office’s staff remain barricaded inside trying to fend off the scabs with fire hoses. The riot squad are reportedly firing rubber bullets and pepper spray in an attempt to disperse the crowd.

The CFMMEU condemns in the strongest possible terms the attack on the CFMEU Victorian Branch office and the mindless acts of violence perpetrated by members of the mob.

This crowd was heavily infiltrated by neo-Nazis and other right wing extremist groups and it is clear that a minority of those who participated were actual union members.

We thank the officials, delegates and rank-and-file members of the union who came to protect their office and their officials, and note that a number of people received minor injuries from acts of violence including the throwing of bottles.

We also thank officials and members from other construction unions and other trade unions who stood in solidarity with us.

The union will continue to defend its members’ rights to work safely across Australia and we will not be intimidated from doing our job.

These are not actions of people who care about their workmates and the construction industry.

They are the actions of extremists or people manipulated by extremists.

The ACTU said much of the same.

The organisers of this rally have reportedly vowed to return “everyday until the union bows to their demands” as the state government is set to announce a snap lockdown of the construction industry.

The CFMEU does not support a mandate and vows to help members who are fired for lack of a vaccine, though whether unfair dismissal applications of this nature before the Fair Work Commission can succeed is currently an open question that has vexed industrial relations lawyers and union organisers nationwide since last year.

J Roose. 2021. “‘It’s almost like grooming’: how anti-vaxxers, conspiracy theorists, and the far-right came together over COVID” in The Conversation.

[1] The CFMEU’s predecessors, the BLF, had a long-running association with the Maoist Communist Party of Australia (Marxist-Leninist) and the various Communist parties were most influential through their members’ leadership of various militant trade unions until the original CPA’s collapse in the early 90s. The CFMEU’s first president (and their office building’s namesake), who was also the BLF’s last secretary, John Cummins was a member of the CPA(M-L). See also: the time neo-Nazi Blair Cottrell claimed to have never met a leftist on worksite and was immediately owned. ↩

Picture: The John Cummins Building in the aftermath of the scab attack. 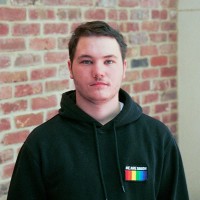 I’m a political science, history, and law student who likes to write about democracy, elections, government administration, progressive politics, and occasionally technology. I live in Canberra, where I attend the Australian National University.